Myers Water Pumps are some of the most popular Pumps in the U.S and abroad. They revolutionized the Water Pump Industry and made many very important technological advancements. Here’s a look at their history.

After the Civil War there were many opportunities for those with ambition and Francis E. Myers was among them. In 1870 Francis and his brother Philip stopped working on their father’s farm and began “The F.E. Myers & Bro. Company”. Francis and Philip both played very important roles in the company’s success. Francis was known as a great sales person and was able to handle the business end of things while Philip was acknowledged as a “mechanical genius “.

FE Myers caught its first break when they patented a Double Action Pump. The pump allowed water to flow in a stream instead of coming out erratically. Although the Double Action Pump was successful, FE Myers big break happened after they patented a Water Pump with a special glass vale seat that would not leak or corrode. The design was wildly popular and forced Myers competitors to purchase it through them. 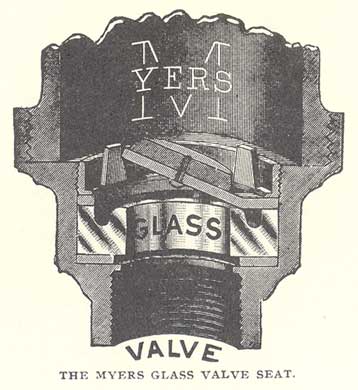 With the success of their patents and designed the Myers brothers needed help and brought on their other two brothers, Alvah and Denton. The company continued to grow and just 12 years after starting the company boasted having 30,000 dealers that were selling their water pumps. Fe Myers died in 1923 and left the company in the hands of Philip who then passed away in 1932. FE Myers continued its success even through the stock market crash of 1929.

Reference:
A History of F.E. Myers and Bro., By Jan Shellhouse, http://goo.gl/FWLaeP